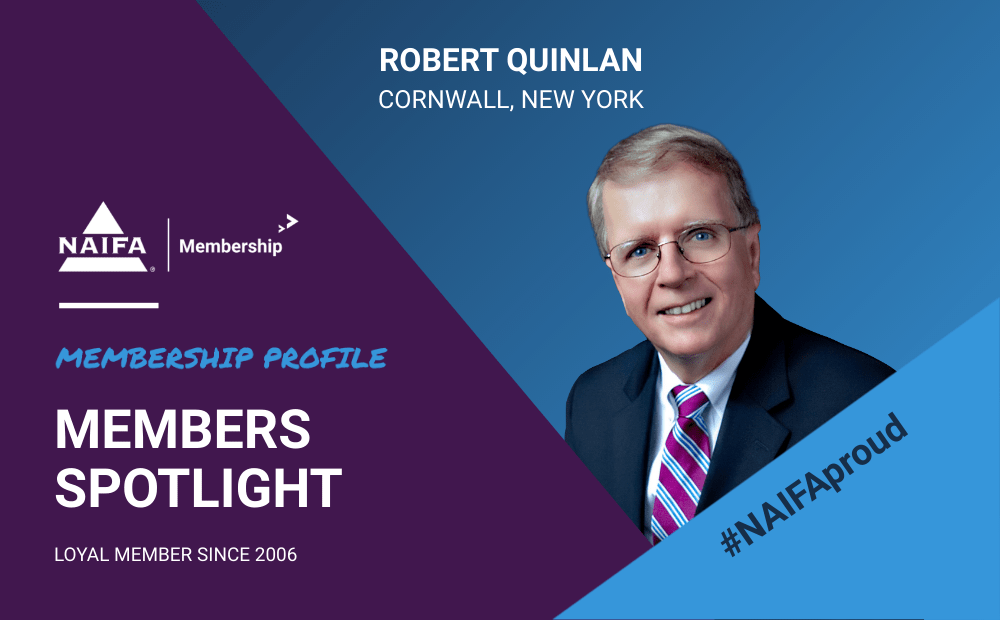 Robert Quinlan, MBA, LUTCF, LACP, has been in the insurance and financial services industry for over 35 years and plans to stay for many, many more.

Quinlan is the second in a three-generation tradition of military service. After college, he followed in the footsteps of his mother, who served as a U.S. Army captain in World War II. Quinlan served three years as an active-duty Field Artillery Officer. His daughter, NAIFA Colorado past president and West Point graduate Kathleen Owings, also served as a U.S. Army captain, earning the Bronze Star Medal for her service in Iraq.