Diversity, Equity and Inclusion – A Summary of Insurance Circular Letter No. 5 (2021)

Superintendent of Financial Services Linda Lacewell announced last week new actions by DFS to promote diversity, equity, and inclusion in the insurance industry.  In Insurance Circular Letter No. 5, a circular letter to all New York-regulated insurers, DFS outlined its expectation that insurers make the diversity of their boards and senior management a business priority and key element of their corporate governance. DFS advised that companies should strive to have a board and management team that benefit from the broadest diversity of skills, experiences and perspectives possible, including based on a person’s gender, race or ethnicity.  In its press release, DFS highlighted that insurers should also focus on the diversity of their insurance producers, as well as third-party providers.

DFS has determined that the best way to support the industry’s diversity efforts is by collecting and publishing data relating to the diversity of corporate boards and management.  As a first step, DFS will collect data related to the gender, racial and ethnic composition of the boards and management of New York insurers with more than $100 million in annual New York premiums as of December 31, 2019 and 2020.  The data will be collected in the summer of 2021 and published on an aggregate basis in the Fall. In her announcement of the circular letter, Superintendent Lacewell made clear that the Department may ultimately publish collected data on a company-level basis.

DFS will also begin including questions relating to an insurer’s diversity-related efforts in its examination process starting in 2022.

DFS is expected to soon release a draft regulation that would require insurance producers to complete continuing education classes that provide at least one hour of instruction on: (1) insurance law; (2) ethics and professionalism; (3) diversity, inclusion, and elimination of bias; and (4) flood. We expect the proposed regulation will be posted shortly and then have the opportunity to provide comments.

Regulation 187 – Status of the Big I Litigation

Ongoing Investigations into the Executive

There are now several pending investigations into the Governor and his administration regarding accusations of sexual misconduct, reporting of nursing home deaths, and possible improper oversight of structural issues with the Governor Mario Cuomo bridge. Attorney General Letitia James appointed former Acting U.S. Attorney for the Southern District of New York Joon H. Kim and employment discrimination attorney Anne L. Clark to lead the investigation into the sexual harassment allegations against the Governor. Separately, the Speaker of the Assembly has tasked the Assembly Judiciary committee, led by Chairman Charles Lavine, with conducting a separate independent investigation to determine whether that chamber will commence impeachment proceedings. The Assembly has hired Davis Polk & Wardwell law firm to assist with the investigation. On the federal level, the FBI and the U.S. Attorney for Eastern District of New York are reportedly investigating whether the Cuomo administration’s reporting on nursing home data and COVID related deaths to the Justice Department. Although there have been countless calls for the Governor to resign from political elite, he refuses to resign. Instead, the Governor has asked New Yorkers to wait for the outcomes of the investigations before casting judgment. The investigations may also expand to include allegations of retaliation and of a hostile workplace environment.

Against the backdrop of these investigations, both houses of the Legislature will adopt a state budget for fiscal year 21-22 in excess of $200 billion.

On January 19th, Governor Cuomo presented to the Legislature a proposed State Budget of $192.9 billion which predated the enactment of the $1.9 trillion federal American Rescue Plan Act in Washington. Due to the federal aid and better than forecasted state tax receipts, the current state budget gap caused by the pandemic has been largely addressed and the Legislature has turned its focus to additions for health care and education above the Governor’s initial proposal.   The spending plan calls for $5 billion in new personal income taxes for high wage earners (over $1 million) and raises the corporate tax rate to 7.25% from 6.5%. 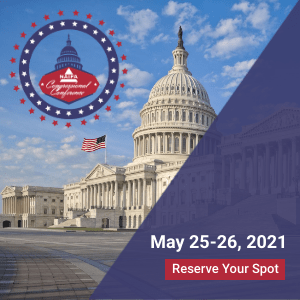