Legislative Update
On August 24th, Kathy Hochul become the first female Governor in New York State history.   Governor Hochul will complete the term of Andrew Cuomo (which expires at the end of 2022) who resigned the post in the wake of damning report by Attorney General Tish James which corroborated allegations of sexual harassment by Governor Cuomo.

Governor Hochul has announced that she plans to run for election in her own stead next year and has selected State Senator Brian Benjamin from Harlem as her replacement as Lieutenant Governor.

Governor Hochul has kept most of Governor’s appointees in place for the time being as she undertakes a 45-day informal transition process.

On August 31, Governor Hochul announced that that Adrienne Harris has been nominated as Superintendent. See press release here. Formerly a top economic advisor to President Obama, Ms. Harris will become the state's top financial regulator tasked with overseeing the banking and insurance industries, if confirmed by the Senate.

On the regulatory front, still pending is a proposed amendment to the continuing education requirements for producers which can be found here. When enacted, it will add a requirement of one credit for diversity, inclusion and elimination of bias and one credit for ethics and professionalism. The public comment period ends on September 7, 2021.

With regard to enforcement actions against producers, despite the recent turnover at DFS, we expect investigations and consent orders to continue in the normal course. 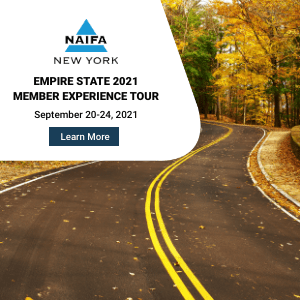