Due to State court decisions relating to the early-2022 redistricting process, New York was forced to split its primary season between an election for statewide office and Assembly (conducted in June), and an election for State Senate and U.S. House of Representatives (held on August 23). It quickly became clear that of all the forecasts made about the second primary, the most accurate was the prediction that there would be low voter turnout across the State. Other than that, incumbency seemed to rule the night.

There were 17 Democratic Senate primaries conducted from Suffolk to Erie counties. In one of the most watched State Senate match-ups, the 33 SD in the Bronx, Senate Health Committee Chairman Gustavo Rivera, seems to have prevailed over the Bronx County backed attorney, Miguelina Camilo. This is probably the closest of the Senate Democratic Primaries. Although Senator Rivera declared victory fairly early in the evening, returns show that, including absentee ballots received by the City Board of Elections prior to Election Day, the challenger trailed by only 500 votes. Nonetheless, the benefit of incumbency seemed to be relevant across the state.

Left of center candidates seem to have had a good night as well, with Brooklyn Democratic Socialist incumbent Jabari Brisport (SD 25) prevailing over a moderate candidate who received support from Mayor Eric Adams; and in Queens, the Democratic Socialist-consensus-candidate, Kristen Gonzalez (SD 59) won.

Other Democratic races of note:

There were two special elections conducted for House seats on August 23; one of which was potentially relevant nationwide. The race in the Hudson Valley to fill the term for the seat previously held by now-Lieutenant Governor Antonio Delgado (CD 19), was viewed as a bit of a bellwether on what messaging is resonating with voters more: criminal justice and the economy, or issues of women’s health and reproductive rights in a post-Dobbs country. In this match-up between Ulster County Executive Pat Ryan (D) and Dutchess Marcus Molinaro (R), Pat Ryan won, apparently by more than 5,000 votes. In the other special election (CD 23) being conducted in Western New York following the resignation of Congressman Tom Reed, the Republican Joseph Sempolinski has been declared the winner. (Interestingly, however, Sempolinski is not going to be on the ballot in November for the general election, meaning his term in Congress will only run until December 2022.)

There were nearly two dozen Congressional primaries across the State for both parties. Again, incumbency – or support of the New York Times – was a benefit for the candidates.

In one of the most watched Congressional primary races due to the fact that two long time Manhattan based incumbents were pitted against each other due to redistricting (CD 12), Jerry Nadler had a significant victory over Carolyn Maloney after receiving the New York Times endorsement. In the very crowded 10th Congressional District race, another Times supported candidate won: Daniel Goldman, despite receiving only approximately 25% of the vote, and the third NYT endorsed candidate, Congressman Sean Patrick Maloney overwhelmingly beat his challenger by 33 percentage points.

Read the full article GreenbergTraurig by clicking the button below. 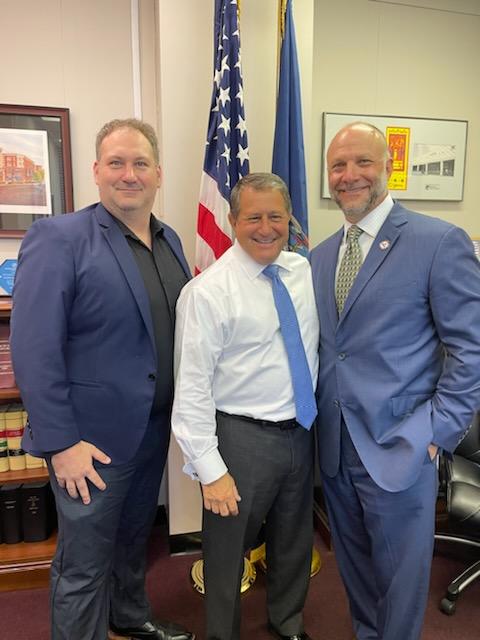